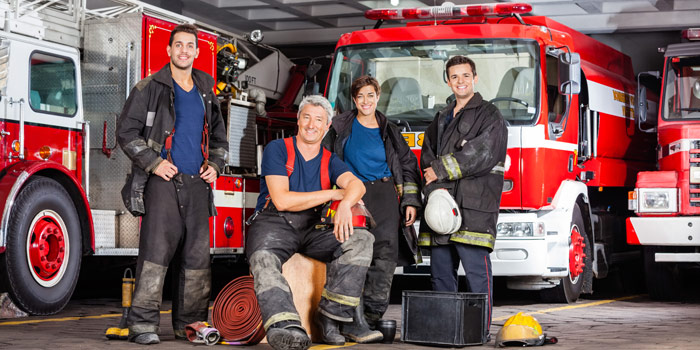 This column often deals with serious issues that challenge you to think about improving your situation or take some sort of action that enhances your condition.  We thought we might take the opportunity to lighten it up a bit and share a “feel good” story.

Sandy Lightman, 87, lives in La Jolla, California and has been married to her husband for 40 years.  Unfortunately, her husband is confined to a nursing facility that manages his dementia.  She visits him every day.  And, even though Sandy only lives less than three blocks from the facility, her walking ability is limited so she uses a taxi to take her back and forth.

That was until the evening of May 10.  She called a taxi at 8:20.  It did not come.  She repeatedly called until 11:00 PM.  She was alone and afraid.  She did not feel she could safely walk home, so she waited while frantically trying to call family members and, again, the cab company.

About 11:00 a fire crew lead by Captain Jordan Buller was called to the facility on another matter.  As they concluded their call, they immediately noticed Sandy’s situation.

The fire crew’s decision was easy for them.  They loaded Sandy into the jump seat of their engine.  They even gave her the communication headphones to wear for the trip.  “I knew I was safe and I was no longer afraid,” said Mrs. Lightman.  Soon she was safe at home.

But the story does not end there.  The following week Mrs. Lightman delivered three dozen cookies and for cheesecakes to Captain Buller and the Station 35 crew.  A better tip than the irresponsible Taxi driver would have received, for sure.